Known for the witches' stake, Palazzo Nero was a jurisdictional venue in the 15th century.

Its name - "Black Palace" - is very likely to come from the colour left on the walls by the numerous fires lit during the 15th century peasants' rebellion. Its fame, however, is very sadly connected to the stake of 1614 that took place on the square in front of the palace and in which 10 women accused of witchcraft were condemned to be burnt. Located in a dominant position over Val di Non, the palace is very close to the town-centre of Coredo, which used to headquarter the Captains of Val di Sole from the 15th to the 17th century. It boasts a multi-centennial history, commissioned as it was in the 15th by Prince-Bishop George II Hack to act as jurisdictional venue.
Quite remarkable is the Sala del Giudizio, the judgement hall decorated with a number of Gothic style frescoes, taking inspiration from the Arthurian and Carolingean sagas, and brought back to light at the beginning of the 20th century. The most interesting is the cycle regarding the Story of Saint Genevieve. The final triumph of the Queen of France after being wrongly accused of adultery adds that moralizing touch, that embodies so well the juridical role this age-old hall used to play. 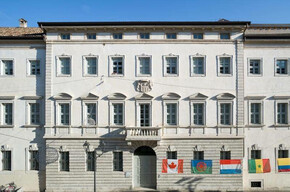 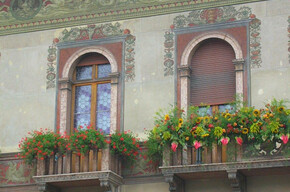 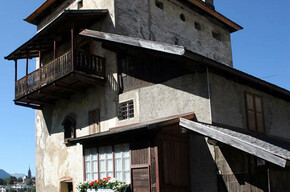 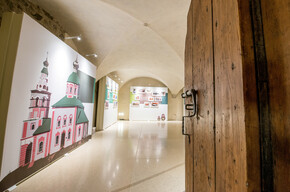 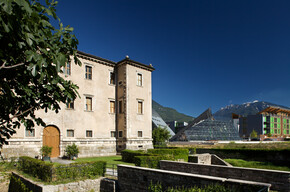 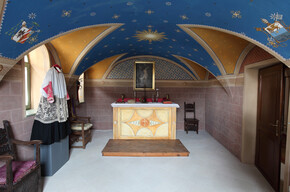 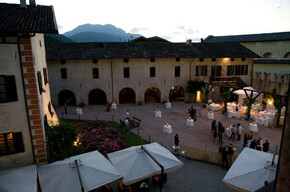 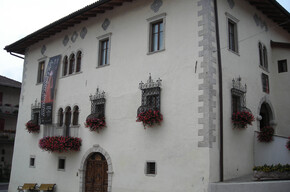