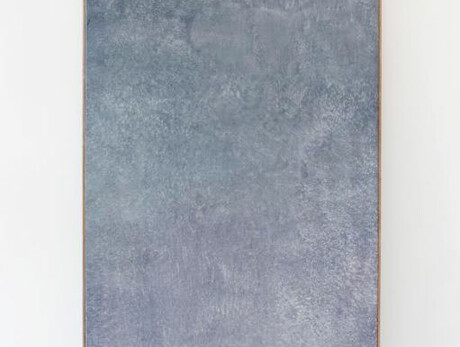 Boccanera Gallery presents the young artist's most recent pictorial research, a work aimed at overcoming the representative functions of painting, where it becomes the hidden subject of her works, as a mean that guarantees properties that differ from reality. Linda's images are characterized by an unstable and free syntax, in which silent poetic disorientate and real perspective contradictions find their place.

"Chôra" is the title of the exhibition curated by Giuseppe Frangi, a term taken from Plato's Timeo that indicates the space, in some ways unspeakable, in which the form unfolds its action. With a play on word: it is the space of the form in "formation". And it is precisely in the concept of formation, of matter, of a hypothetical landscape or of painting itself that Carrara alters and inhabits, showing us a series of works that bend to the idea of a place and a landscape in which the viewer will be invited to walk.
A title that wants to define the artist's research, a research that comes from an attraction, or rather, from a sort of magnetism: the one that leads the canvas to become the shell of the form that will then inhabit it. Freeing painting from intentionality means pushing it, almost stressing it, so that it increasingly bends to become the skin of reality, to become itself a thing and not just a representation of a thing. "Chôra" describes the profound reason for this crushing on the subject, this cancellation of all distance.

The works are on display in the spaces of Boccanera in Trento, via Alto Adige 176 until January 4, 2020.