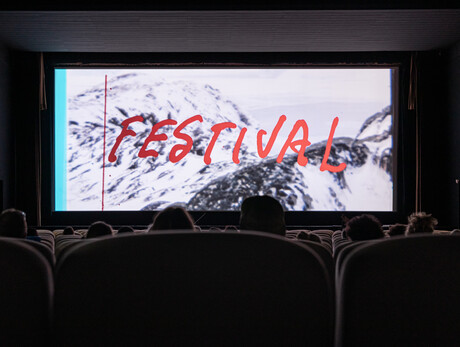 Each year the Trento Film Festival presents the best documentaries, fiction films and short films with mountain scenery and scenery from extreme territories around the world that narrate the fascinating and complex relationship between man and nature, promoting the knowledge and protection of the territories, strengthening the bonds with peoples and cultures, celebrating great and minor mountaineering and mountain sports endeavours.

The Trento Film Festival goes on a trip. An unmissable event from 30 April to 9 May 2021 - the 69th edition of the historic Festival dedicated to cinema and mountain cultures

Despite there still being significant uncertainty associated with the pandemic, one thing is certain: the Trento Film Festival will take place! The historic Festival dedicated to cinema and mountain cultures returns to its traditional spring schedule.

Mauro Leveghi who was recently reconfirmed at the head of the Festival, explained: “2021 is an important year for us: on the one hand, it brings us into play once again in a context that was deeply marked by the pandemic, which has changed not only our way of life, but also the way in which we interpret the world and how we interact with it; and on the other hand it is a year that brings us up to the seventieth anniversary of the Trento Film Festival, which was started way back in 1952. And indeed we will be celebrating several anniversaries even this year, on the occasion of the 69th edition: in particular I can recall the centenary of SOSAT and the fiftieth anniversary of the ill-fated but heroic “City of Trento” expedition to the Nevado Caraz. We will obviously dedicate much attention to the unforgettable Cesare Maestri ".

The Trento Film Festival has announced the Host Country of this 69th edition: Greenland, the boundless Arctic expanse that has assumed increasing international relevance due to the climatic emergency and the associated environmental, economic and geopolitical consequences. The special program “Destination...Greenland” of the 2021 edition of the Trento Film Festival is an invitation to discover this extraordinary yet little known place, also thanks to the patronage of the Embassy of Denmark in Italy.

The 69th edition of the Trento Film Festival will take place in the regional capital of Trentino from 30 April to 9 May, within the limits that will be imposed by regulations, while the films will be made available for streaming until 16 May: following the huge success of the “hybrid” edition of August 2020, the historic festival dedicated to cinema and mountain cultures will be back to secure for the public the best films and documentaries dedicated to the mountains and the planet’s extreme territories, together with mountaineering events and fascinating and often unpublished literary presentations.

Fede Galizia - An Amazon of painting 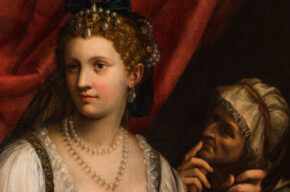 Fede Galizia - An Amazon of painting