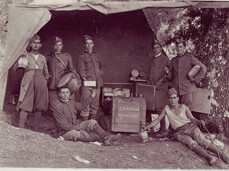 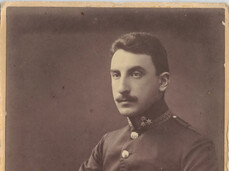 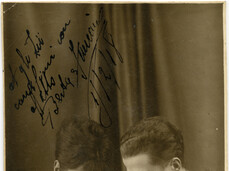 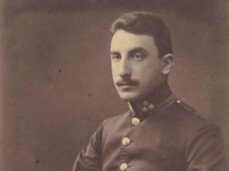 With the endorsement of the Presidency of the Council of Ministers, this exhibition is part of the series of events organised for the centenary of the Great War.

The Great War transformed Italy as a social whole; no segment of the newly formed state remained unaffected. Italy's Jews, who played a prominent part among the population groups mobilized in the course of the conflict, interpreted the war as the grand finale of the Risorgimento - an epoch-making wave of change achieved by military means, which had led, inter alia, to the Jews' being granted recognition as citizens of the Italian state.

The years of the Great War marked the first time in European history when Jews found themselves engaged in combat against each other as soldiers serving on opposite sides of the conflict. Fighting for the Allies, some 600,000 Jewish soldiers served in the Russian military, an approximate 50,000 more in the ranks of the British and another 50,000 as part of the French; tens of thousands of Jews fought in the ranks of the United States army. On the side of the Central Powers, about 350,000 Jews were part of the Austro-Hungarian military (including large numbers of men drafted from the regions of Trieste and Fiume) and some 100,000 others were enlisted in the German army (of whom 12,000 died in the course of the war). Approximately 5,400 Jews fought in the war as part of the Italian armed forces. Jewish philanthropists and the Jewish community of Italy spared no effort in the attempt to respond to the religious needs of the Jewish soldiers. They formed special committees to facilitate the delivery of kosher food and ritual objects, including prayer books, phylacteries and prayer shawls, to make it possible for the enlisted men to observe Jewish tradition in the field.

Tracing key historical developments which shaped the role played by Italian Jews in the Great War, the 1915-1918: Jews for Italy exhibit offers a new perspective on the concept of citizenship in Italy at the turn of the 20th century. Most of the materials on display are stored in the archives of the CDEC Foundation in Milan.

Exhibition promoted by the Presidency of the Provincial Council of Trento, in collaboration with the Fondazione Centro di Documentazione Ebraica Contemporanea CDEC (CDEC Foundation) of Milan, and with Baruch Lampronti and Stefania Roncolato (organisation).
For more information see the poster