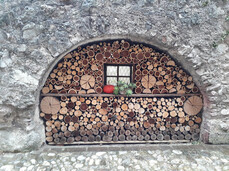 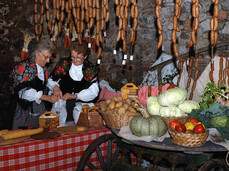 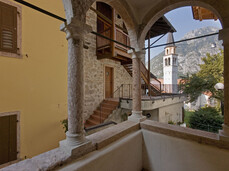 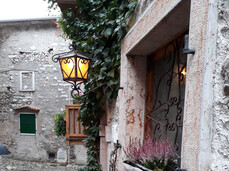 The result of merging seven ancient feudal lands, San Lorenzo in Banale is officially one of Italy’s Most Beautiful Villages, thanks in part to its location deep in the green heart of the Adamello Brenta Nature Park.

Not far from the Terme di Comano and Lake Molveno, nestled in the greenery of the Adamello Brenta Nature Park, lies San Lorenzo in Banale (a district of the San Lorenzo Dorsino municipality). This rural hamlet, which features on the list of Italy’s Most Beautiful Villages, lies at the bottom of the Val d’Ambiez, considered to be the gateway to the Brenta Dolomites and the ideal starting point for lovers of trekking and excursions in the mountains.

This stunning natural setting harbours a village with unique origins: In fact, San Lorenzo in Banale is the result of merging seven ancient feudal lands (the seven ville), which have each preserved their own identity intact. As you roam through the settlement, you will notice that each quarter has its own chapel, its own saint and its own customs: a cluster of different little villages in a single town.

Naturally, the first thing we recommend you do is take a walk through the town, exploring its seven boroughs and discovering all the differences between them which define their identities. As you look around, you will see some examples of perfectly preserved Giudicarie-style houses, with their farmyards reached by ramps and ralte or barns for drying hay. One of the most interesting of these is the Casa Mazoleti house in the Prusa villa: spectacular for its arched gallery and perfectly preserved sundial.

It’s time now to call into the church of San Sebastiano and San Rocco, with its glorious frescoes by the Baschenis, a 16th-century family of artists. Next, pay a visit to the "C'era una volta" (Once upon a Time) exhibition in the Casa del Parco Visitor Centre, an eighteenth-century building furnished in the style of a typical peasant dwelling of the past (open in July and August).

If you enjoyed the Baschenis frescoes, you might also like to call into the Chiesa di San Giorgio church in the centre of Dorsino, whose central vault was frescoed by Cristoforo II Baschenis.

Another place you can visit, just a few minutes’ drive from the town, is the WWF Oasis of Lake Nembia, at the foot of the Dolomites. The ideal place to breathe in the pure mountain air!

The highlight of the year is the Sagra della Ciuìga, a festival held during the final weekends of autumn, between the end of October and the beginning of November, in celebration of the ciuìga salami typical of San Lorenzo in Banale.

If, on the other hand, you visit the town during the summer months, we recommend getting to grips with nature and trying lots of physical activities. There are lots of trekking routes, MTB itineraries and climbing walls to be found close by the town. What’s more, the tranquil natural environment of Val d’Ambiez is perfect for restoring your balance with relaxing outdoor sessions of yoga, perception walking and stretching.

Meanwhile, in spring, BrentAnima offers the unmissable Dolomiti Olistic Festival, where you can revitalise your senses and gain new strength and energy in body and mind through a series of holistic activities in the natural surroundings of the village, a true oasis of health and wellness.

As you’ll have gathered from the above, San Lorenzo in Banale’s hallmark dish is ciuìga. Today, this pork-based salami flavoured with cooked and finely chopped beetroot is a recognised Slow Food speciality. The recipe dates back to the late 1800s, when a local butcher was compelled by necessity to use offcuts of meat, bulking them out with the addition of beetroot. Today, the original recipe has evolved and ciuìga is made from choice cuts of pork and a modest quantity of beetroot. It can be enjoyed cooked or raw, ideally paired with mashed potato and finely shredded capusi (cabbage) to enhance its flavour.

A weekend in San Lorenzo in Banale
At the foot of the Brenta...
Adamello Brenta Nature Park
The most extensive protected...
Stenico Castle
Between art and history

From the plateau to the high Alps, in the footsteps of De Gasperi 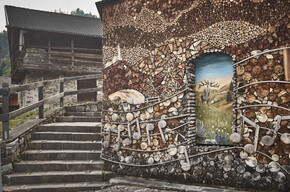 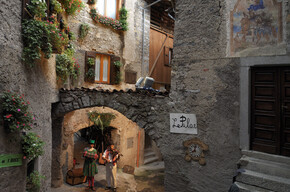 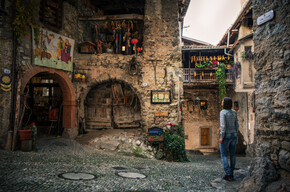 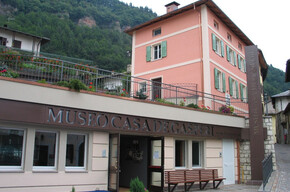 From the plateau to the high Alps, in the footsteps of De Gasperi 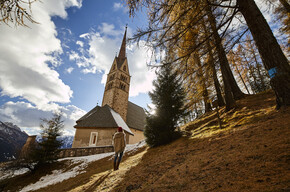 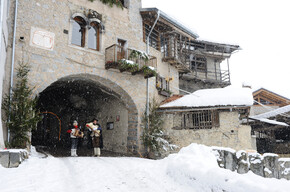 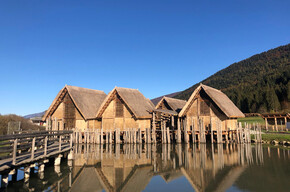 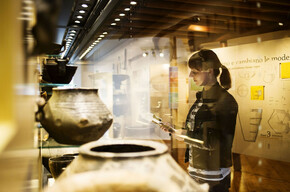 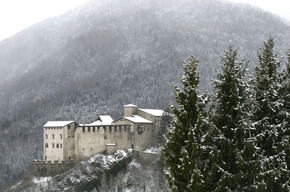 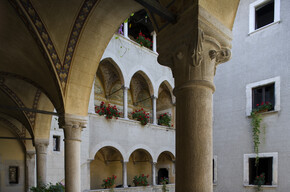 Relaxation at the Terme di Comano, between the Brenta Dolomites and... 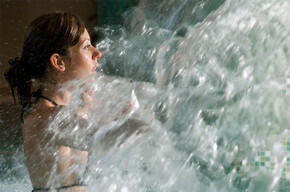 Relaxation at the Terme di Comano, between the Brenta Dolomites and Lake Garda