The Church of S. Vittore di Tonadico is a treasure box of pictorial art.

Situated on the hill bearing the same name dominating the town of Tonadico, it can be reached in a few minutes up a steep climb from the town. The dedication to the Saints Vittore and Corona reminds us that in ancient times Primiero belonged to the Diocese of Feltre, ever since the Christianization of the valley until 1786, after which the community of Primiero became part of the diocese of Trento. It is the first church of the Community, later replaced by the church of S. Sebastiano, in the heart of the town.
On the façade of the church are traces of the great painting dedicated to S. Cristoforo, protector of wayfarers, and a plaque in memory of don Pietro Fuganti, the 19th century curate and beekeeper. The true surprise is the inside of the church which is completely frescoed: over the centuries the mural paintings have been painted one over the other, until they have become so stratified as to require careful and difficult restoration works in order to uncover them. Some of the paintings now visible are: the Adoration of the Magi, Ecce homo, Dormitio Virginis and The Assumption. The 16th century paintings cover up other works carried out in earlier centuries, such as the Last Supper dating back to the 14th century, traces of which are still visible. Other even more ancient paintings are the Universal Judgement on the counter-façade, and the Baptism of Jesus (10-11th centuries) above it.

Deep in the wood, the Sanctuary stays in the shade of a centuries-old...

The 13th century Church of San Silvestro overlooks the gateway to...

The cathedral commemorates the Evangelists Sistino, Martirio and...

Our Lady of Sorrows Church

Devotion’s symbol of the people of Fiemme 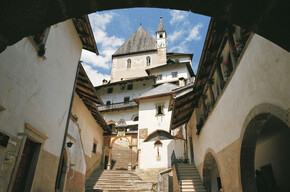 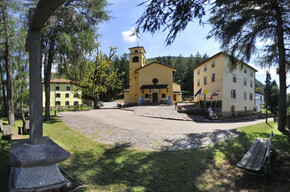 Deep in the wood, the Sanctuary stays in the shade of a centuries-old lime tree 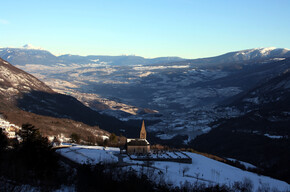 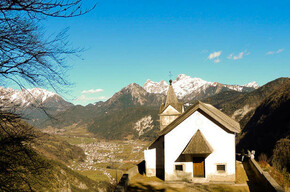 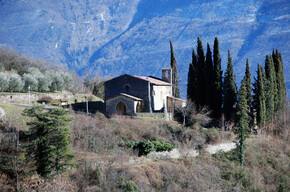 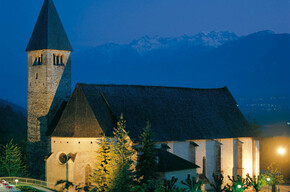 The cathedral commemorates the Evangelists Sistino, Martirio and Alessandro, who suffered martyrdom in 397. 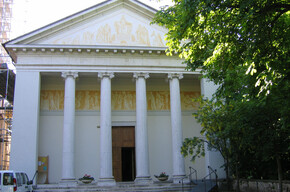 Our Lady of Sorrows Church

Devotion’s symbol of the people of Fiemme 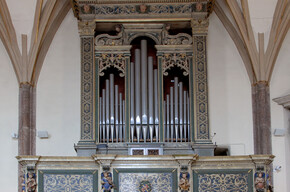