The moon. And then?

50 years from the moon landing: history and outlooks of space exploration 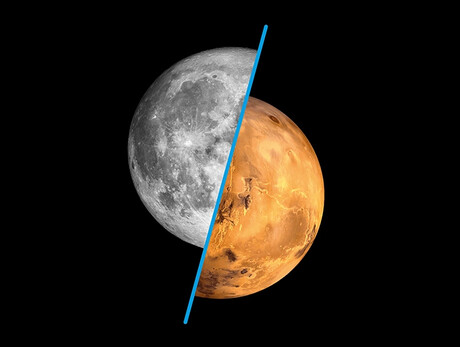 1 More images
The first Moon Landing, in July 1969, wasn't only an extraordinary scientific and technical event, but also a moment that changed the present into future: "One small step for a man, one giant leap for mankind”.
50 years after the lunar landing, the exhibition explains the phases of the moon-conquest with the Apollo mission and the space race between the two big powers at that time, United States and Soviet Union. The intent is also to understand the new horizons for humanity's future. Increased reality, immersive casting and archival footage are the core of the layout, focusing on experience-based dimension. To live again the history of the space exploration, the Apollo Mission, the Shuttle program and the International Space Station, you will: Between the relics, you will find documents and authentic objects, flight plans, astronaut's equipment, suit reproduction of astronaut Dave Scott, captain of Apollo 15, and the copy of Sojuz, the USSR spaceship. The Apollo 15 was the first mission, where the astronauts ploughed the moon with mechanical means. In the exhibition, there is also a perfect and working copy of the Lunar Rover. The vehicle, created following the original designs of NASA from the Marangoni Company of Rovereto, is used also for in-motion demonstration. The exhibition is organised from City Museum Foundation of Rovereto together with Eclipse Events of Milan, and in sponsorship with SSERVI ((Solar System Exploration Research Virtual Institute) and NASA.

Opening ceremony Friday the 7th of December at 18pm.

The museum is open from Tuesday to Sunday from 10am to 18pm.

Closed on Monday and on Tuesday the 25th of December.