From Project to Utopia 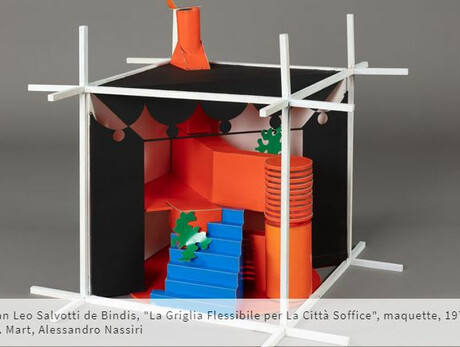 On 25 January, the Galleria Civica di Trento reopens its doors to the public with an exhibition dedicated to Salvotti's innovative role as a designer and theorist.

Born in Trentino and active in Rome at Adalberto Libera's studio, in the late 1950s Salvotti moved to Trento, where he worked on a number of strongly idealistic architectural and urban planning projects.

Salvotti's experimentalism made him one of the most complex, anti-conformist and original architects in Italy. The exhibition's title makes reference to his visionary character and offers visitors an insight into the key themes of his work by means of models, drawings, and archival materials.

The exhibition also features a film by Michele Dal Bosco entitled Gian Leo Salvotti de Bindis, Ephemeris – commissioned by the Mart in collaboration with Ordine degli Architetti della Provincia di Trento and produced by FilmWork – in addition to a monograph which explores the donated archives in further depth.