UNESCO Biosphere: a tribute to an ideal relationship between man and nature

The area located in South-Western Trentino is one of the 13 Italian reserves and among the 651 reserves worldwide.

The territory between Lake Garda and Dolomiti di Brenta "World Heritage Site" completes the great corridor of protected areas that from South to North spans all the central Alps and is home to a treasure-trove of biodiversity, but also a witness to the many examples of how a civilisation can evolve in harmony with the natural environment.

Among the many places rich in beauty, Trentino also hosts a biosphere reserve, i.e. a territory that UNESCO recognises as exemplary under the "Man and the Biosphere" programme, because of its relationship between the local population and the natural environment.

We are talking about the Giudicarie Esteriori and the Tenno areas, within the Judicaria Eco-museum "From the Dolomites to Lake Garda" and about the valleys of Ledro and Basso Chiese located in the network of reserves of the Alpi Ledrensi. Overall this is an area of 47,000 hectares, rich in biodiversity but also in historical evidences and secular uses of the territory.

From the summit glacier at 3,173 metres of Cima Tosa, the highest elevation of the Dolomiti di Brenta, to the 63 metres above sea level of the waters of Lake Garda: in less than 30 kilometres, a wealth of internationally rare landscapes and environments. A territory inhabited for thousands of years, as evidenced by the pile dwelling villages of Ledro and Fiavé and many other historical sites. The area is populated by a little more than 16 thousand inhabitants, distributed in dozens of villages, among which the first three villages of Trentino included in the club of the most beautiful medieval sites in Italy stand out for their architectural value: Canale, Rango and San Lorenzo. 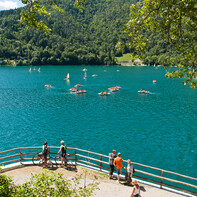 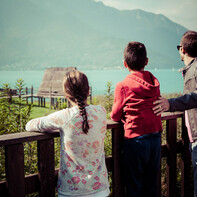 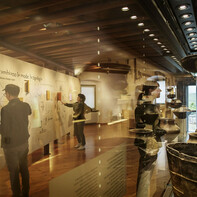 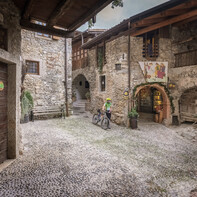 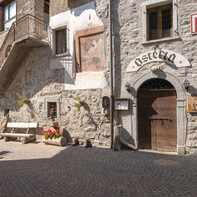 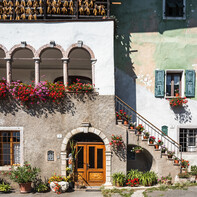