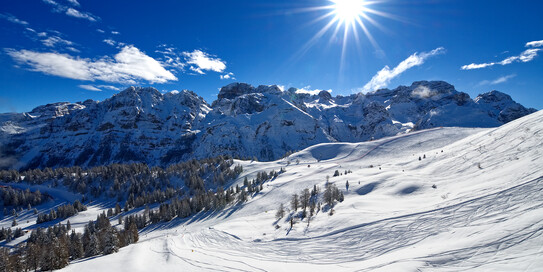 The protected area on the slopes of Mount Zugna, Lavini di Marco is home to animals and plants of rare beauty.

The biotope called Lavini di Marco features two wetlands, Laghet Grant and Laghet Picol, and is located in an area, where materials sliding down from the slope of Mount Zugna got deposited. The landslides occurred after limestone rocks had slid along the uneven planes between the rock layers. The largest landslide dates back to before the last glaciation period, but the following slides have occurred over the years up to recent times. The limestone rocks in Lavini area are also characterised by karstic phenomena.
The lakes in Marco occupy two dolines located and are surrounded by landslide material deposits. The water level varies according to the variation of the stratum since the bottom is porous and permeable. The vegetation surrounding the small lakes is represented by species typical of wetlands and there are also some rare species which are not commonly found in the Trentino area. Newts and common toads are among the amphibians inhabiting the lake. There is a black pine forest extending across the biotope. The sunnier parts of the area are characterised by vegetation, which is typical of dry environments and limestone substrata. 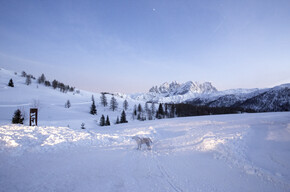 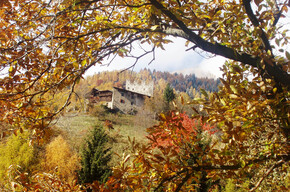 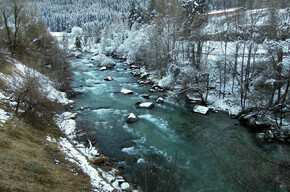 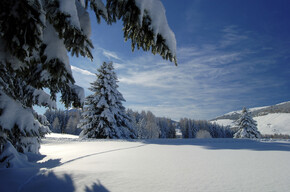 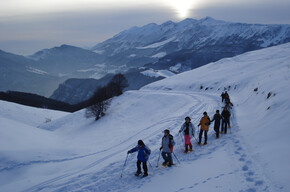 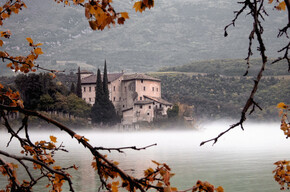 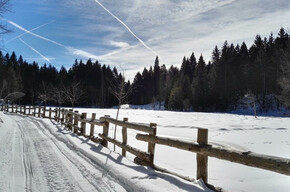 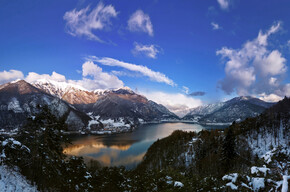