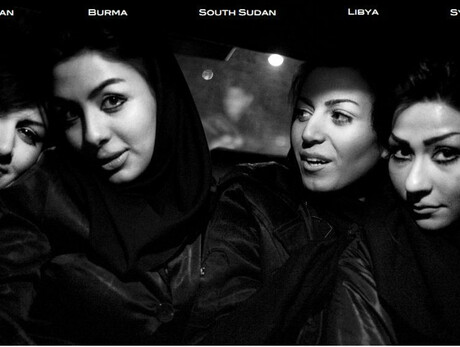 Iran, Burma, South Sudan, Libya and Syria: 70 photographs divided into 5 reports, a survey of the conflicts that have plagued the world in recent years.

The photographer is the witness, and his photos are evidence of what his eyes have seen. The war is experienced from within, from the side of the last, with the gaze of all those who suffer: pain, conflicts, refugees and civilians who continue their lives under the bombs, are the protagonists of this exhibition by Fabio Bucciarelli. Through his camera, they come back to life and present themselves to their audience.

Fabio Bucciarelli is an award-winning photographer and author known for his documentation of conflicts and humanitarian consequences of war. Bucciarelli spent the last years covering the major world changing events in Middle East, Africa and Europe. Before becoming a photographer in 2006 Bucciarelli received the MS in Telecommunication Engineering from Politecnico of Turin; in 2009 he left his work as engineer to devote himself entirely to photography.