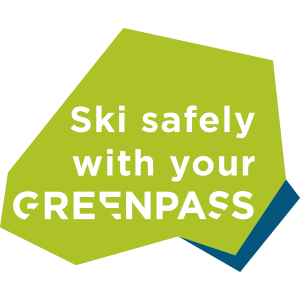 From the glaciers to the lakes, discover ski mountaineering in Trentino

Descend through steep and narrow cracks between the sheer walls of the Italian Alps, then climb back up along high-altitude glaciers, where traces of the Great War can still be seen. Venture onto the uninhabited slopes of a mountain chain, or leave your own tracks in the snow on the mountains overlooking Lake Garda, where you’ll feel like you’re skiing on a Norwegian fjord.

This is what Trentino means to lovers of ski mountaineering: a rich “tapestry of experiences” where you can put yourself to the test in completely different ways at sites that are just a few dozen kilometres apart, basing your choice of destination partly on the season.

In Western Trentino, altitude is everything: Presanella is the highest peak located entirely within Trentino, at almost 3,600 metres, but it is possible to climb even higher in the Stelvio National Park at the borders with Lombardy and Alto Adige, by passing through Valle di Peio towards Monte Vioz, Palon de la Mare and Cevedale, at an altitude of over 3,700 metres.

These are long, arduous, but immensely rewarding expeditions which should be tackled during spring, when the days are long and the snow is stable, ideally in the company of a guide.

In Eastern Trentino, the Italian Alps can offer high-altitude enthusiasts the Marmolada peak. Ascend from the Fedaia Pass along the glacier towards Punta Rocca (more accessible) or Punta Penia (for skilled mountaineers) to admire all the surrounding mountains from on high (over 3,300 metres, to be precise).

Lovers of freeriding should try Sass Pordoi: from the Pordoi Pass, a cable lift brings skiers to the Rifugio Maria mountain hut, where they can return to Valle di Fassa via a long descent through the wilderness of Val Lasties.

Further south, along the slopes that lead to Cima Bocche and Cima Juribrutto, the memory of the Great War makes itself felt once more along the crests where Austrian and Italian soldiers came face to face.

Climb into the grounds of the Paneveggio Park, slightly above Predazzo, crossing slopes that are accessible to many skiers and where ski mountaineering can be practised even in the depths of winter, with a spectacular view of the Pale di San Martino.

For those who dream of crossing the rocky plateaus of the Pale, which take on the appearance of a white desert in wintertime, the classic destination is Cima Fradusta, perhaps taking the Rosetta cable lift from San Martino di Castrozza to shorten the journey.

For lovers of wide-open, unspoiled landscapes, the Lagorai is a vast mountain chain of porphyry and granite stretching from the Rolle Pass to the Piné Plateau: at its eastern end lie the unusually-named Monte Fravort and Monte Gronlait, looming over a valley with accessible slopes and sweeping panoramas, where the Mòcheno language is spoken.

More challenging is Cima d’Asta, in the deepest heart of the Lagorai chain, where the altitude reaches almost 2,800 metres and the difficulty increases accordingly.

Climbers on Palon (Monte Bondone) enjoy a direct view over the city of Trento, while those on Monte Altissimo and Monte Stivo in Lower Trentino can ski overlooking Lake Garda. From up here, the lake looks just like a Norwegian fjord, with a surprising juxtaposition of snow and Mediterranean vegetation on the shores of the lake.

This is Trentino, where just a few hours (by car) are all that separate a descent on a glacier from a dip in the lake, all in the same day.