A lifetime of riding high

Ugo Perini lives in Arco, in the same house where he was born. He is known locally as Ugo Bike, the name of the shop he ran from 1995 to 2006. He has a bike to thank for his start in life.

On 16 May 1947, Ugo came into the world prematurely, at just 7 months. Waiting for him to take his first breath were his nine-year-old brother Giancarlo, his five-year old sister Alda, and his father Aldo, a farmer who was also a passionate sportsman and a champion who had cycled in a race against Girardengo. On that day, Aldo Perini climbed into his saddle and won his most important race of all, making it in time to a midwife who brought baby Ugo and his mother Gemma back to life thanks to hot water from the kitchen range.

Exactly 70 years later, Ugo achieved a feat that had never been accomplished before or since. On 4 July 2017 he set out from North Cape on his bicycle, re-entering Arco 24 days later after cycling 4,080 km alone, across 22,000 metres of altitude changes and 7 countries, covering an average of 200 km per day through rain, wind and snow in a European summer that resembled an Asian winter.

Who is Ugo? How did he do this, and why?

We're all here on our own journey

“When I was 7 years old, I got my first bike as a gift. My father was a great cyclist, and an excellent climber. Bicycles were the only means of transport that we had. It was our vehicle. If you had a bike, then you could travel. The first time I tried it, I crashed into a bollard. My father came to me and said “now, I’ll teach you how to fix a bike”, and he straightened the wheel out for me”.

In 1965, Ugo attended the Fausto Coppi school in Milan, where he learned all about racetracks and velocity. Three years later, a back injury put an end to his career. His back recovered with the help of Prof. Ruben Oliva, who was also Maradona’s doctor, and who kept him out of a wheelchair. Ugo continued racing as an amateur as well as training other amateurs who often won and — he has always loved a challenge — running, playing tennis and cross-country ski racing.

In the meantime, he worked as a farmer, a mechanic and a bricklayer and married Clara, an elementary school teacher who encouraged him to open his own shop and to found the Polisportiva S. Giorgio sports centre.  “On winter evenings, after we'd eaten and Clara still had things to do, I’d go out and ride for an hour and a half”. “She had one type of strength and I had another, and we brought them together. En dos e na val i fa en pian (when a hill and a valley meet, they form level ground)”.

Clara died suddenly at the age of 44, leaving Ugo to raise their two teenage daughters with the help of Aldo and Gemma.

“My life had a plan, and then suddenly it didn’t any more. I learned to live each moment as it comes. The moment that matters isn’t tomorrow, it's today. The past is to be treasured, but then you have to give these things meaning”. Clara lived on through the things she and Ugo had built together, and in the mark she had made upon Ugo himself. “When you’ve looked at all the positives, there are no negatives left. There’s only the journey”.

I took my journey one moment at a time. I had to finish the puzzle…

At the age of 70, “I gave myself a gift picked out for me by my parents and my wife. I was sorting out the house and the idea struck me that my wife would have liked to go to North Cape. Then I remembered that I’d also talked about that with my mother. So I stopped and I said to myself: I have these skills and abilities that my parents gave to me, I'm healthy, I love sport, I have no problems of any kind, I can invest a little money, I have a sponsor… it was like a jigsaw puzzle! All that was missing to complete it was that one piece, the journey itself. I started training in February”.

Ugo understands his body well and he trained alone, building up muscle and planning his journey out meticulously in his head. Over and over he ran through it, studying it in minute detail. He fitted his car out with two batteries and a fridge, prepared meal rations, had another bicycle identical to his own made to be ready for any eventuality, and found himself a travel companion in Davide Pellegrini, a young physiotherapist from Trento who agreed to accompany him along the entire journey by car.

Ugo and Davide made it to North Cape by car, after which Ugo saddled up. After cycling all day, in the evenings he would seek out the apartment or bungalow where he was staying, prepare a meal, shower and do a load of laundry before setting out again in the morning. Davide took care of his muscles, which would have miraculously absorbed all the built-up lactic acid just two hours after he'd finished cycling.

20 days of cold and rain out of a total of 24. When he got too wet, Ugo would stop over in a service area and change, with the warmth of the dry clothes giving his body the strength to keep going to the next stop. “If I’d thought of giving up for even a second, I’d have thrown the towel in completely. Whenever things get difficult, you’ve got to look for the solution. I kept looking ahead, focusing on looking after myself. I'd stop, I’d change, and I wouldn’t feel the cold any more. I’d leave one moment, the one where I was cold, behind me before I changed, and then I’d embrace the new moment, with positivity”.

Ugo cycled alone, apart from one occasion when he was surrounded by a group of reindeer who ran alongside him. Ugo had no fear; on the contrary he felt protected, as though he was surrounded by all those fellow travellers who had made his life, and this undertaking, possible. Before they left him, the reindeer leading the group stopped and watched as Ugo carried on before leading the herd away in a different direction, satisfied that Ugo would make it to his destination.

Never so much as a cold, never a single accident. And what was his motivation? It was a natural odyssey, a journey back in time, a puzzle awaiting completion.

It was an emotional return home for Ugo, seeing his friends once again, admiring the beauty of his homeland with fresh eyes and, before dismounting, paying a visit to his loved ones in the cemetery, the people who had given him life and inspiration. 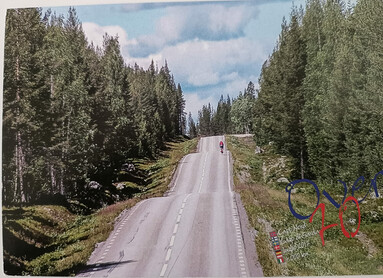 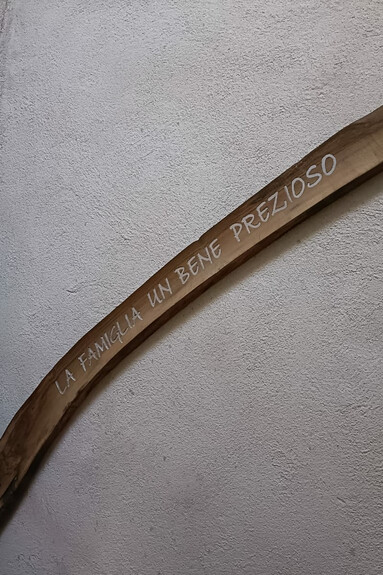 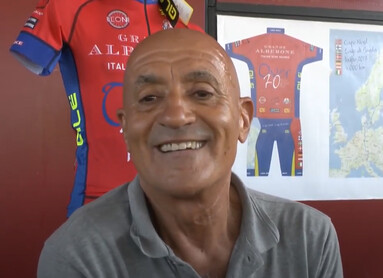 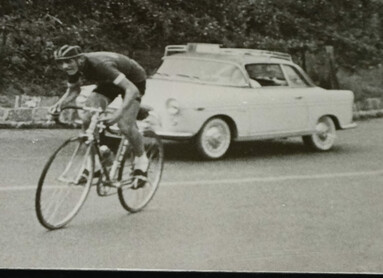 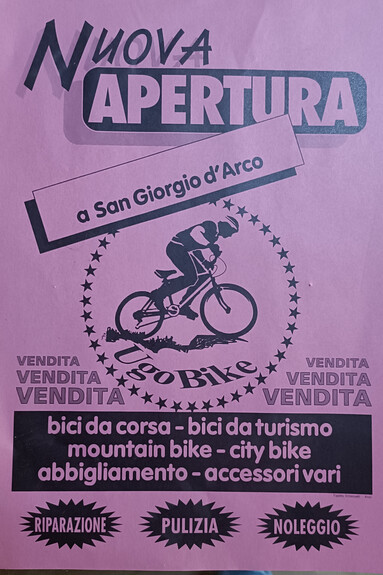 You must believe that you’ve never reached the finish line

Ugo has many friends, of all ages. He meets a lot of young people in schools with whom he doesn’t talk about bicycles, or even about his business. Ugo talks about feelings.

“I don’t talk to children about sport, I talk about the feelings that are a part of life. Young people don’t need to hear about going on bike trips, they need to know that if you want to do that, there’s a journey to get there. We all have to place value on our own journey, because if we don’t value the journey, then what are we doing it for?”. We must “never try to copy what someone else has done. Reflect, look around, listen, and try to figure out what might be right for you. Maybe that’s the missing piece of information that you needed and you might just realise it right then, right there”.

There are always new things to see, every day

Ugo’s bike has no stopwatch. Ugo takes his bike out on his trips, without worrying about his times or putting himself under strain, because he knows that he lives somewhere that offers fresh thrills every day. Seeing the sun arc through the sky while he cycles, glimpsing a different reflection in the water or a flower beginning to bloom amid the trees: that’s where the true beauty of travelling and cycling lies.

“During the 1960s there was a boom in motorcycles and cars, and it seemed that bicycles had had their day. In fact, people didn’t even know how to cycle any more. Now, cycling has become an way to satisfy a different need. Or look at on-foot expeditions: who wanted to do that in the past? Bicycles are a way to help you appreciate your physical being. Then there’s the electric bike, which was an incredible invention. It’s no exaggeration to say that it’s blown up. But are we ready for that? We ride a bike with the attitude that my way of thinking is perfect in and of itself. Instead, when we travel by bike we should be thinking about others. Your journey is contextualised by the environment and the other people around you, who share your space. You can’t just keep being yourself and plough straight ahead all the time like a blinkered horse. You have to take care of yourself, the environment and others all at the same time”.

If you visit Arco, ask for Ugo Bike. You’ll find him there; perhaps overseeing construction of his new gym, or putting the finishing touches to his family museum, or even cooking an apple tart for his friends.

On your bike in Trentino