Six places on the list of the ‘Most Beautiful Towns in Italy’, six different trips to discover traditions, ancient stones, rural architecture, traces left by religion and man

Tucked away in the mountains of Northern Italy, the small historic villages of Trentino boast unique stories, ancient stones, old fairy tales and an invaluable heritage. Six of Trentino’s beautiful local villages made the list of ‘Most Beautiful Towns in Italy’, each one providing a window to Northern Italy’s history.

Mezzano, at the foot of the Pale di San Martino in the Dolomites, boasts breath-taking views of the Dolomites and a wealth of artistic wooden architecture, giving it plenty of traditional character. Visitors will be immersed in local Alpine life, with local families going about their daily lives amongst the alleys, squares and balconies of the town, as well as being able to spot the many signs of the area’s rural history. Several themed walking routes guide visitors past farmland items such as 250 different vegetable gardens, typical hamlet water fountains, washing troughs, haylofts, murals and ancient inscriptions. Follow the Cataste & Canazei path to discover artistically arranged wood piles and many of the town’s most surprising sites.

Vigo di Fassa is located in a high and sunny position in the Dolomites that dominates the rest of the valley, and during the reign of the Longobards was the administrative and religious headquarter of Val di Fassa. Even after being almost destroyed in a fire in 1921, the village maintained its typical rural set up. A popular area for walking, hiking and cycling throughout the spring and summer, Val di Fassa’s meandering mountain routes make it one of the most well-known areas of Trentino. Hot spots for visitors in Vigo di Fassa include The Ladin Museum, which plays a fundamental role in preserving the Ladin tradition, and the spectacular natural terrace at Ciampedie Valley 2,000m which is easily reached by a modern cable car in Vigo di Fassa.

Canale di Tenno is just a few kilometres from Lake Garda and is a town steeped in history. Stroll through cobbled lanes that wind between buildings, stone arches, narrow valleys and barrel vaults discovering typical rural life and how peasants lived for many centuries. Artisan workshops and delis now fill the streets, making it an ideal Italian town for food-lovers. In August, the village comes alive thanks to the “Rustico Medioevo” (Rustic Middle Ages) event, which since 1986 combines art, street shows, concerts and ancient dances, all accompanied by dishes in keeping with the area’s rich culinary tradition. A true gem of the Tenno district, close to the village of Canale, is Lake Tenno - famous for the colour of its water which changes from turquoise blue to emerald green according to the season, water level and weather conditions. The typical product of the Tenno district is Carne Salada (thin slices of high-quality beef, served raw, or slightly griddled).

At the foot of the Brenta Dolomites and just a short distance from Lake Molveno is San Lorenzo - Dorsino. This rural village was created from the merger of seven hamlets (called the ‘Ville’ meaning ‘holdings’ in English). Here, rare rural architecture is paired with sacred sanctuaries, churches and chapels, offering a picture of the area’s religious history. Just outside the village, several scenic walking routes lead to the Adamello Brenta Natural Park. The most typical food product here is Ciuìga, a cured meat obtained by mixing selected pork meat with cooked turnips.

Bondone, near Lake Idro and the border of Lombardy, is a village that was originally founded as a charcoal-burning hamlet. Today, walking through the narrow Medieval streets, visitors will be transported back to this time, when charcoal burners and their families would spend four months here before moving to the nearby valleys for several months to produce charcoal. They would return in the autumn to fill the town with noise and life once again. Nearby, there is the fascinating Castel San Giovanni, the ancient fortress of the Counts of Lodron, dating back to the 12th century, set atop a rocky outcrop overlooking Lake Idro. The typical product of the Valle del Chiese is the Farina Gialla di Storo (yellow polenta cornflour).

HIKING & BIKING IN TRENTINO THIS SUMMER

THE ‘SOUNDS OF THE DOLOMITES’ FESTIVAL IS RETURNING TO TRENTINO,...

SLEEP UNDER THE STARS IN TRENTINO

Enjoy a slower pace of life with countless camping and glamping...

The northern Italian region of Trentino is strengthening its image...

WINTER IS NOT OVER IN TRENTINO

ENJOY FOOD AND MUSIC ON THE SLOPES

Sunrise to sunset skiing in Trentino

Why this Italian region is the best place for springtime skiers... 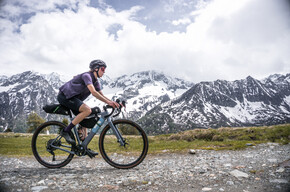 HIKING & BIKING IN TRENTINO THIS SUMMER

From 18 June, a network of trails covering more than 5,800 km in Trentino’s glorious mountains will once again burst with life thanks to the... 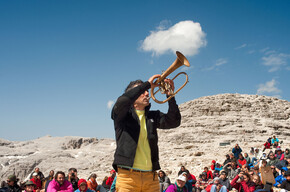 THE ‘SOUNDS OF THE DOLOMITES’ FESTIVAL IS RETURNING TO TRENTINO,...

From 22 August to 23 September 2022 musicians and attendees can climb up soaring peaks to reach wide valleys, meadows & clearings which will be... 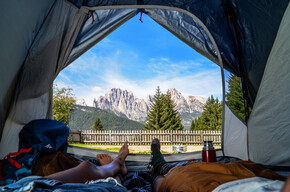 SLEEP UNDER THE STARS IN TRENTINO 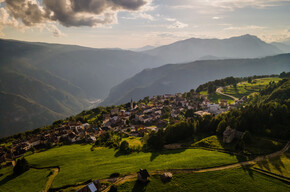 The northern Italian region of Trentino is strengthening its image as one of Italy’s most picturesque destinations with the addition of two of... 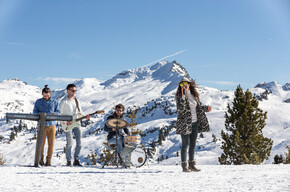 WINTER IS NOT OVER IN TRENTINO

ENJOY FOOD AND MUSIC ON THE SLOPES 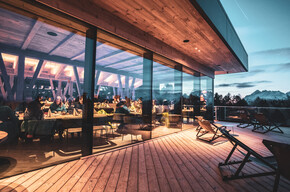 Sunrise to sunset skiing in Trentino 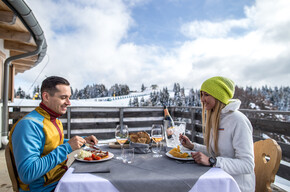 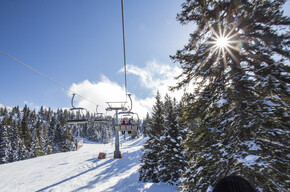