This is Trentino's longest bike path, running 80.680 km in the North-South direction, and is the core of the entire project of bike paths in Trentino.

This is Trentino's longest bike path, running 80.680 km in the North-South direction, and is the core of the entire project of bike paths in Trentino. The path connects the province of Bolzano with that of Verona, and runs almost entirely alongside River Adige, now on the left bank and then on the right, using old embankment roads that cross through farm fields and fruit orchards, touching upon villages, towns and the cities of Trento and Rovereto. The path's overall difference in elevation is quite negligible - about 100 m - and in its northernmost point it joins the bike paths arriving from the province of Bolzano - Cadino, Km 0.00. The first section descends along the left bank of River Adige, down to Piana Rotaliana. The path barely touches Trento prior - at km 27.187 - then crosses the bridge in Nomi and comes to an equipped rest area featured by the Bicigrill, an information, rest and assistance point for bikers - at km 46. At Rovereto once again the path does not lead to the town-centre, although the latter remains easily within reach via a branch the path takes where it meets Leno stream - at km 54.46.At Km 60, along the right bank of Canale Montedison canal, starts the 13 km long bike path that leads to Lake Garda through the town of Mori.
Southwards, through the vineyards of the Lower Vallagarina, the path reaches the small town of Pilcante, then proceeds alongside the provincial road to the right of the Adige with mixed traffic, and after passing the dam in Ala, it turns left and becomes for-bikers-only again, as it passes beneath the majestic Sabbionara d'Avio Castle. Finally, the path reaches the town of Borghetto all'Adige where it ends at the bridge marking the border with the province of Verona (80.680).

he Mori-Torbole bike path is 15.5 km long and connects Valle...

al Redena is crossed by a striking bike path, which follows the River...

This cycling and walking path interconnects all the towns of Valle...

The Valle del Sarca bike path travels across 11 km of one of the most... 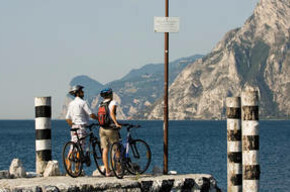 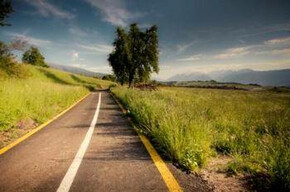 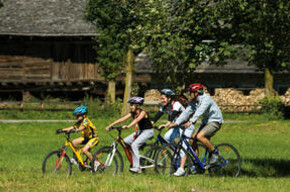 al Redena is crossed by a striking bike path, which follows the River Sarca. The path is approximately 18 kilometres long and stretches from Villa... 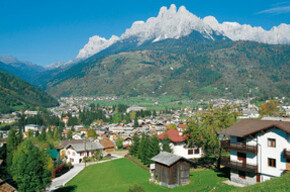 This cycling and walking path interconnects all the towns of Valle del Primiero, starting from Imer all the way to Siror. It is almost eleven ... 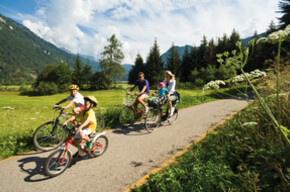 The Val di Fiemme bike path follows Marcialonga's route. The path is open to everyone and gives cyclists the chance to travel through the entire... 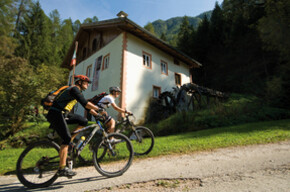 The Val di Sole bike path runs for 34.5 km, hugging the River Noce, with a total drop in elevation of 664 m, from Mostizzolo to Cogolo. It can be... 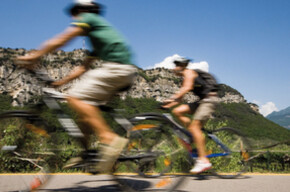 The Valle del Sarca bike path travels across 11 km of one of the most attractive areas of countryside in the entire Trentino region. 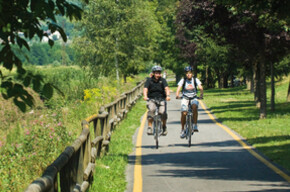 A bike path crossing Valsugana valley - a unique way of enjoying nature and relax away from traffic and pollution.