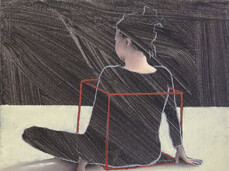 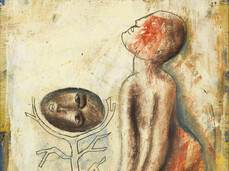 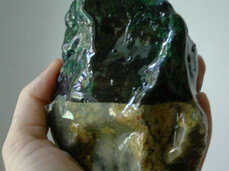 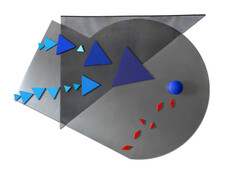 In the art project 7 + 1 = 8 OUR PRISONS, seven female artists and one male artist - Alda Failoni, Elena Fia Fozzer, Annamaria Gelmi, Justyna Kisielewska, Gelsomina Bassetti e Linda Carrara, Paolo Facchinelli - offer their works for the benefit and aim of involving the public on what is, first of all, a question of civil rights, essential in one rule of law. (Beatrice Tomasoni)

(...) The human side of punitive treatments sets itself to guarantee that the final punishment- for many still so difficult to share- would be just fair. Humanity can be considered to be born of a sign of respect for the dignity of humankind, from those who have made a mistake to the ones who have committed the most abject crimes.

It is not indulgence; it is not right; it is not impunity; it is not rhetoric or sophism. It is the best answer that humankind could conceive, without replicating that "evil" of which he himself is afflicted. An abomination that often characterizes human behavior regardless of distinctions of sex, race, language, religion, political opinions, personal and social conditions.

(...) The issue of the woman in prison is often forgotten, engulfed by the most pandemic as well as the chronic uncovered nerves by the overall Italian prison system, aggravating by gender inequality. The injustice most often suffered by women detained is the inability of the system to respect their specific gender needs. It is urgent to restore the minimum standards of dignity for women, inside the available treatment's activities, and to the possibility of maintaining relations with their families of origin (as provided in the Delegation to the Government for the reform of the Penitentiary Order, on the meritorious track marked by the General States of Criminal Execution).
The Association of Lawyers of Trento in collaboration with the Equal Opportunities Committee of the Association of Lawyers of Trento has organized a circle of events to outlook the urgency of a reform of the Italian Penitentiary system, overcoming gender discrimination in faro of a universal and fair form of correction. (Andrea de Bertolini)

(...) Discrimination against women in the penitentiaries is a fact, as can also be inferred from reading the administrative documents relating to the reform of the penitentiary system (referred to in law 103/2017), which consider unequal treatment reserved to women. Paradoxically, it seems that the small number of women in prison affects the rehabilitative function of the sentence negatively. For this reason, the Committee for equal opportunities together with the Council of the Bar Association of Trento proposes initiatives to raise awareness of the issue on the occasion of the eighth of March.

Soprintendenza per i beni culturali