Promotion of mountaineering, protection of the environment and social solidarity

On 2 September 1872 a group of bourgeois and nobles from Trentino, mostly from Val Rendena, Basso Sarca, Val Lagarina and the city of Trento, founded in Madonna di Campiglio the Trentino Alpine Society, whose aim was to promote mountaineering, protect the environment, and practice social solidarity, and pursue what could not be openly stated at that time: that Trentino would become part of the Kingdom of Italy.

The means to pursue these aims were identified in the construction of Alpine huts, the creation of hiking trails, funding for hoteliers, the organization of Alpine guides, the ascent of peaks and the publication of geographical and mountaineering writings.

The motto? Excelsior! The term is borrowed from a piece of poetry of American Henry Wadsworth Longfellow. It means elevation, higher, superior. The Articles of Association of the newly formed Society explicitly provided for women to join, right from the start.

The first women enrolled two years later. First and foremost, they were wives or daughters of members. They were women who, though not the protagonists of mountain literature, nevertheless climbed, and climbed a lot of slopes, including those of social emancipation. And they left us intimate diaries to browse, rather than chronicles of heroic deeds. Theirs were mostly solitary excursions that stood as explicit hymns to freedom.

But let’s take a step back.

In 1872, the discovery of the Alps had just begun: excursions, climbs and conquests that rewarded with landscapes so exciting as to be worth all the effort of reaching for untouched peaks. It was the British and then the Germans who opened the first routes on Marmolada and Presanella, crossing the Bocca di Brenta.

At the time, Trentino was a southern region of the Austro-Hungarian Empire and a disadvantaged province, removed from communication routes, universities, services. Developing mountaineering in the eastern Dolomites would have meant getting off the ground an economy that was destined to give life to what all lovers of Trentino still enjoy today.

In 2022, SAT means territory, custody, people, environment, culture and innovation. It means more than 25,000 souls among members, partners, organizations and companies, 87 territorial sections that feed as many projects, 5,525 km of hiking trails, 3,000 maintenance days a year, 34 mountain huts (plus bivouacs and shelters), 50,000 overnight stays a year, 274 mountaineering instructors, and 20 among mountaineering, ski mountaineering and climbing courses a year.

All this is possible thanks to volunteering, the commitment to the common good, which is the trademark of SAT’s association life: it is one of the most precious tributes to the Dolomites and to all the mountains of Trentino.

This year marks SAT’s 150 years, but also the 70th birthday of the Alpine Rescue Organization and of the Mountain Festival. These are celebrations that Anna Facchini wanted to inaugurate together.

Who is Anna Facchini?

I was born in Trento to a family that has left many roots in me. My Mum makes me think of the hills of Trento and the countryside... the first thing that comes to mind is spring, the scent of fresh grass, of trees. On the other hand, my Dad embodies Val di Fassa with its stories, a mountain… of work, simple, Spartan life, something that I carry with me; when I find myself on hiking trails, reach a hut or pass through huts transformed into Heidi’s houses of sorts, it occurs to me that we risk seeing the mountain only as a place of pleasure. But there is more to it than just the present. The present is the result of a memory of the past that we should not forget, out of respect for those who live and have lived in mountain villages.

What did it mean to become the first woman at the helm of SAT?

Once I was described by journalists as Anna Facchini, THE lady who manages SAT. I beg your pardon, I say, but if I were called Giovanni instead of Anna would you have said THE gentleman who manages SAT? In reality, these inattentions have been more frequent than one thinks. Many compliments, many congratulations, pride, but then when you want to affect management, the administration phase, the eye becomes almost incredulous at times.

The history of SAT is heroic and authoritative, where habits, for good and for bad, are deeply rooted. I tried to go beyond that, preventing prestige and authority from becoming hindrances to change and innovation: let’s not forget that with my presidency we found ourselves in the midst of a pandemic that has severely tested associative life, although simultaneously becoming an opportunity for innovation.

I tried to accelerate changes by relying on the use of the Web and networks, and involving young people. Perhaps these changes were, at times, too fast.

Because young people are the future. Young and youthful are relative terms, in relation to whoever looks at and considers the various age groups. At SAT there is confusion between young and youthful. For me, young people are 18-25 year olds. Beyond different sensitivities, they are able to change their behavior if we speak, for example, of the environment. We are more reluctant to change lifestyles, we grew up in the era of linear development; only later did we understand the finiteness of resources, and, despite good intentions and great speeches, we are still the purveyors of consumerism.

We need young people, their ideas and their projects; we need to give them confidence and the means to be able to develop them.  We have to know how to step aside because, in my opinion, young people are much more accustomed to making use of even the little – or the very little - they have at their disposal... I dream of a Central Council made up of young people, knowing very well the difficulty of reconciling the times, but we need a change of pace and mentality, which does not mean denying values, but, on the contrary, keeping them vital and in step with the changes around us.

When did you join SAT?

I have been involved since the 2000s; at the beginning I was in the Mountain Environment Protection Commission and then in the Culture branch; therefore, I started with courses that included a lot of outdoor activities in the company of forestry and wildlife experts, urban planners and planners in general. I started as an active volunteer, later becoming Commission President in 2008, a position I held for about 7 years. Many of those Commissions focused on environmentally friendly culture and climate change.

SAT was the first association in Trentino that dealt systematically with topics such as climate change. Already in 2007 there was a symposium that dealt precisely with these issues. At the end of 2017, I was asked to submit my candidacy for a councillor position, and I was elected precisely because of my experience in the Commissions. Those were the years in which SAT renewed its interests in cultural proposals. For example, we designed a trilogy of territorial planning courses, and the Valley Communities had been newly created to pursue territorial planning as a mission. With those courses, we were able to fill a void. Already in 2010 we talked about mountains and bikes and, in 2014, about mountains and skiing.

So how did you become the Chair?

I think that the Council at that moment elected me in light of the results of the activities previously carried out within those Commissions that had made SAT grow in terms of authority and trust earned over the years vis-à-vis public institutions, universities and the Province Authority.

Why should I join SAT?

My experience makes me say that it is nice to join SAT as you can work in a sector that interests you. There are so many Commissions. Youth mountaineering, hiking, glaciology, caving, protection of the mountain environment, library... just to name a few. They are areas of interest that promote mountain culture. At SAT, you can make an active contribution and feel part of a project where you can share and grow in your passion. 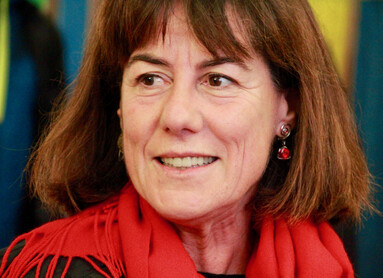 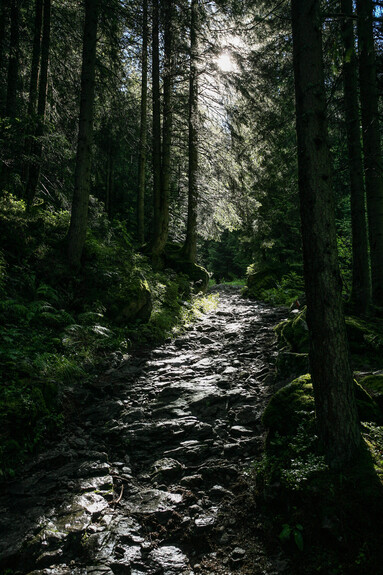 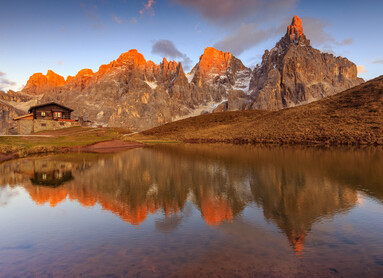 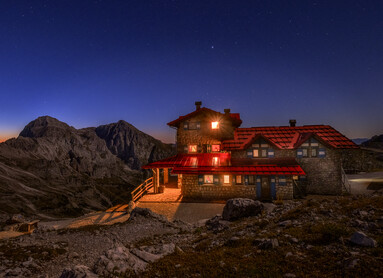 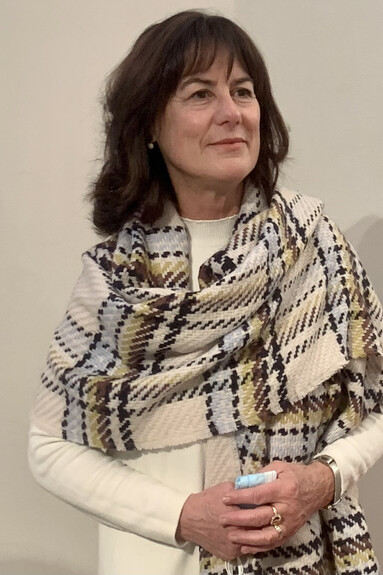 Is there anything you want to accomplish by the end of your term?

Mountain huts. We have two renovation projects underway for two huts, one in the Brenta Dolomites and the other in Catinaccio. My term in office will end before the renovation project is completed, but I think that this new course, which includes design competitions, will give very positive results.

The other thing, which was already in place but we revitalized a lot, is the partnership and agreement with the University of Trento. This summer we will have here, at our office, two Master’s Degree trainees in Tourism Sustainability who, after completing a curricular workshop here with us, proposed to study the e-bike and MTB phenomenon right in our headquarters.

The questions that SAT knows how to ask can be answered by those who were born to study in depth and to put on the table theses, study objectives and, perhaps, even solutions. I strongly believe in these synergies. It is not certain that at SAT we can cover all issues that the mountain environment needs to address.

Yes, three birthdays: SAT, the Alpine Rescue Organization born within SAT 70 years ago, and the Mountain Cinema. The busiest week in terms of events will be during the Trento Film festival. As far as SAT, we have a schedule of activities that will start in those weeks and wrap up at the end of the year, and there are many events organized together with the sections. We are planning a maxi-trekking in Trentino: 53 stages on the borders, a sort of relay race from section to section that will allow participants to complete excursions, including in urban settings.

For sure, 150 years is no small goal, but it is not just a celebratory reworking of the past. The cultural product on which the Council has focused is a survey book on the contribution of SAT in terms of environment-related social policies, with a focus on the last decades, when the awareness of environmental issues began to solidify, and not only in Trentino. It is important to memorialize in pictures a moment that looks to the future.

Is there anything I did not ask you?

Exhaustion. Everyone assumed that I would seek a second term. But for me this step was not for granted. I thought about it a lot and in the end I did it, not because I consider myself irreplaceable, but only because we have really embarked upon new projects that I would like to consolidate. In some respects, it is almost more difficult than the first term. The challenges engendered by the pandemic in the past two years are coming to the surface. I read about and perceive many difficulties in the relationship between people.

What have you really learned in five years as SAT Chair?

What have I learned from these 5 years? I have capitalized on an enormous wealth of relationships with people, environments and situations, as well as our sections’ ability to work in unison. SAT’s social value is the Society’s greatest value.