Until 14 January: Jacopo Mazzonelli. To be played at maximum volume

Last few days to visit this exhibition dedicated to a young artist from Trentino, in which music meets visual arts 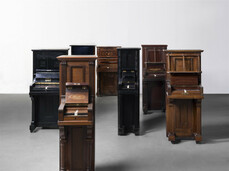 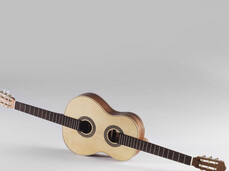 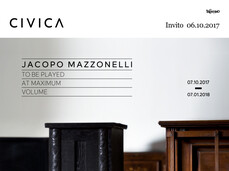 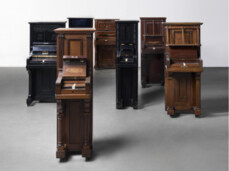 Now in its fourth year of affiliation with Mart, the Galleria Civica di Trento is a listening post and cultural reference point for a large geographical community. With the solo exhibition of work by Jacopo Mazzonelli (Trento 1983), it reaffirms its attention to the pursuits of young professionals active in the arts.

Graduating in piano and contemporary music from the Accademia Internazionale TEMA of Milan, Jacopo Mazzonelli creates sculptures, assemblages, and installations that penetrate into the intricate borderlands between visual arts and music. In his artistic quest, he embraces techniques and methods borrowed from a host of different disciplines.

Exploring possibilities in interpreting and visualizing sound, the artist deconstructs, transforms, and recomposes musical instruments. His interest centres on the “musical gesture”, on that which underlies the execution as opposed to the actual sound produced: the works almost always address music without producing it. He accompanies this by an examination of how rhythm and the incessant flow of temporal change are perceived.

Titled after a 2017 work inspired by the cover of a well known album by David Bowie, the exhibition presents some of the artist’s most recent and significant works, many of them site-specific. One of them is ABCDEFG, winner of the Fondo Privato Acquisizioni [Private Acquisitions Fund] prize for contemporary art of ArtVerona | Art Project Fair. The installation consists of seven pianos modified in such a way that can each play only one note. The work will debut at the Galleria Civica as part of a performance representing a close dialogue between instruments of classical extraction and electronic devices. Original music by Matteo Franceschini, an internationally renowned young composer from Trentino.


The exhibition is curated by Margherita de Pilati, manager of Galleria Civica, and Luigi Fassi, curator of the Visual Arts section of the Steirischer Herbst festival of Graz.