Terra Mala. Journey to the land of Fires

Terra Mala. Viaggio nella Terra dei Fuochi recounts the complex reality of the area of the Campania region comprised between the provinces of Caserta and Naples, known as “Terra dei Fuochi” [Land of Fires]. 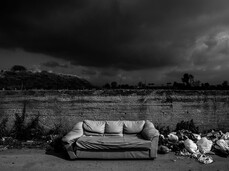 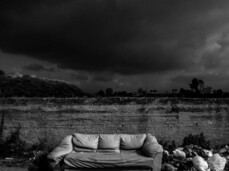 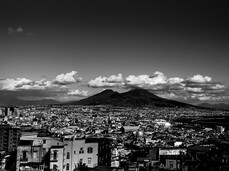 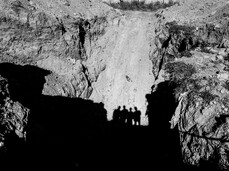 Terra Mala recounts the complex reality of the area of the Campania region comprised between the provinces of Caserta and Naples, known as “Terra dei Fuochi” [Land of Fires]. For more than thirty years, millions of tonnes of toxic waste have been disposed of illegally in this territory, causing the largest environmental disaster in Italy. The consequences on the soil, on agricultural products, on livestock farming, on ground water and, especially, on the population have been devastating. The latest Report by the Istituto Superiore della Sanità [Higher Healthcare Institute] (January 2016) states that, in this area, the rate of tumours is 11% greater among men, and 9% greater among women compared to the national average. Even data on infant mortality caused by neoplasia is alarming.

Thanks to the help of Padre Maurizio Patriciello, parish priest at San Paolo al Parco Verde di Caivano, and one of the main activists in the area, since 2015 Stefano Schirato has collected testimonies from those citizens who are fighting so that the poisoning of the Land of Fires is not forgotten. He has met several families who are aware of the risks to their own health. He has portrayed the dilapidation of the territory, the nomad camps authorised on top of piles of waste, and men, women and children who, every day, are forced to live on toxic land.

Terra Mala constantly oscillates between to inseparable story lines: on one hand, the land tormented by visible and invisible, underground and malignant pollution, which often plays the role of a death sentence, on the other the private experiences of those who live in this land, and stubbornly choose not to abandon it. Children who die when they are only a few months old. Inconsolable yet brave mothers, who fight for justice. Ill people who react, every day, in order to survive. Adolescents who have lost their parents and are calling for a better future. All these people are brought together by the same destiny, and by a bond with their own land and origins so deep, that when Stefano Schirato dared to ask them why they didn’t move away, the answer was often the same: “And where should we go?”.

Free admission on the first Sunday of every month, and for those in possession of the museum's season ticket