Enchantment in Italian Painting in the 1920s and 1930s 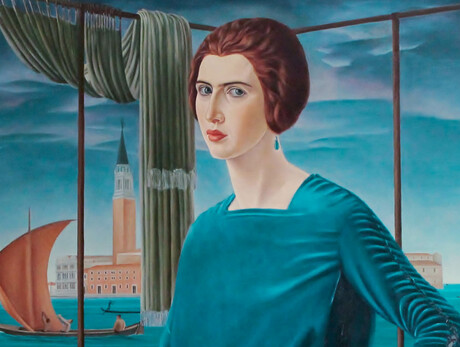 2 More images
After “Umberto Boccioni” and “An Eternal Beauty”, the season of great exhibitions dedicated to early twentieth century Italian art continues at Mart, Rovereto.
Constituting the first stage of the exhibition, that in 2018 will be at the Ateneum Art Museum, Helsinki and at the Folkwang Museum, Essen, Mart's great winter season exhibition will review the features of Magic Realism in Italy through a selection of painterly works of art from important public and private collections. Coined by critic Franz Roh in a famous essay dedicated to contemporary art (1925), the definition Magic Realism describes an international artistic season that reached its heights of creativity and originality between the twenties and thirties of the last century. This in a period that followed on from that of the historic avante-gardes, featuring a return to the pictorial and sculptural tradition. The objective representation emphasised by the term "realism" is accompanied, in this expression, by an adjective that evokes the suspended and surreal atmospheres that are a strong feature of the movement. Reality is in fact the point of departure for a transfiguration that goes by way of the imagination and marvellous wonderment, implemented by a group of artists featuring Cagnaccio di San Pietro, Antonio Donghi, Felice Casorati, Ubaldo Oppi, Achille Funi and Carlo Levi. Alongside the better-known painters, the exhibition also comprises artists active locally on the Venetian, Trieste, Turin and Roman art scene, confirming the transversality of subjects and styles that combined in Italian painting in those decades. The layout of the exhibition, that examines the complexity of the sources of inspiration and its different declinations on the Italian scene, throws light on the interpretative new features that Magic Realism fields in regard to given genres from the pictorial tradition. The exhibition by Gabriella Belli and Valerio Terraroli has been organized in cooperation with 24ORE Cultura.