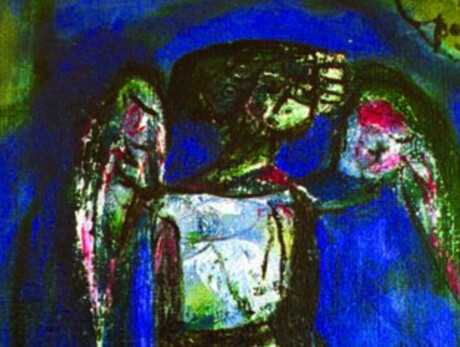 The exhibition is dedicated to the Milanese painter Guido Pajetta (1898-1987), an artist little known to the public but who was a leading figure on the 20th century art scene. Pajetta was an original and complex painter, who travelled through almost the entire 20th century, encountering its most important styles and personalities but remaining essentially free of labels in his artistic investigation. Rather, he is an artist who paints driven by his own unconscious, his own restlessness, his own instinct and his own demons.

The exhibition is curated by Paolo Biscottini and it ideally continues the work of enhancing the figure of Pajetta that began with the exhibition organised at Palazzo Reale, in Milan, in 2019. In the Milan exhibition, however, an essential aspect of Pajetta's artistic and human career was deliberately overlooked: his research into the sacred. This specific area of his rich pictorial production now finds a place in the exhibition in Trento, which focuses the visitor's attention on Pajetta's works on sacred themes, in particular Christology.

The thirty-four works selected for the exhibition span the whole of Pajetta's production and do not correspond to specific commissions, but rather to autonomous choices that spring from an intense reflection on life and that invite us to meditate on the spiritual and religious dimension of man, independently of any confessional interpretation or declaration of faith. In both religious and secular subjects, the quality of Pajetta's painting is always high. From an artistic point of view, Pajetta's so-called 'sacred' works follow the artist's general path and reflect his pictorial choices, always poised between figurative and abstract, influenced by various derivations and ancestries, but constantly reinterpreted in an original way.