With the exhibition of contemporary art at Castel Belasi 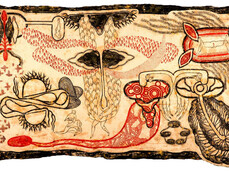 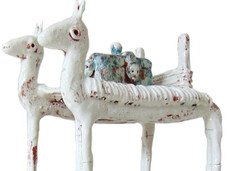 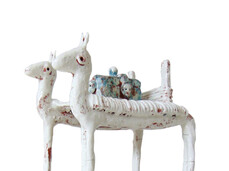 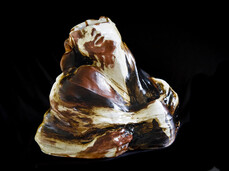 Curated by art historian Marcello Nebl, the exhibition is the expression of important national, international and local artists. The municipal administration of Campodenno, led by mayor Daniele Biada, has chosen this original exhibition, in which the severe architecture of the castle and its large spaces, rich in charm and history, are enhanced by the strong contrasts created by contemporary art.

In the rooms on the first and second floor, the castle hosts the works of ten artists: Federico Lanaro, Bruno Fantelli, David Aaron Angeli, Aldo Valentinelli and Pietro Weber from Trentino, Willy Verginer from South Tyrol, Simone Pellegrini from the Marche, Luigi Stoisa and Marcovinicio from Piedmont, Andrew Gilbert from Scotland.

The curator’s choice, assisted by important art galleries and institutions such as Studio d'Arte Raffaelli, Cellar Contemporary of Trento and Fondazione 107 of Turin, has opted for works characterized by a strong relationship with iconographies and archetypal symbologies, and by refined contrasts between the artificial and the natural, between what was built and what’s spontaneous. In the critical text in the catalogue, Marcello Nebl writes that "the exhibition is based on the rupture that is created between the very nature of the castle, which was created to control the territory and to be safely closed, as opposed to the expressive freedom of the artist; the inside and the outside, the circumscribed and the infinite of human creativity".